[saswp_tiny_multiple_faq headline-0=”h2″ question-0=”Why is roti prata popular in Singapore?” answer-0=”The roti prata is popular in many countries such as Malaysia and Singapore. This is because many restaurants or stalls are offering roti prata with varieties of flavors. Moreover, roti prata is suitable to eat at any time in the entire day such as during breakfast, dinner, or even during lunch. ” image-0=”” count=”1″ html=”true”]

Craving for prata while you are in Singapore? Do not know where to find the best prata that is available in this country? If you do not know the best food that you can eat in Singapore, you may consider having prata. Do not worry since I have listed all the best spots in this country for you to visit. You can eat the prata at any time, whether for breakfast, lunch, tea time, lunch, supper, or others. Moreover, not only the spots I have listed, but I also have included the location, price, and other information that helps. Here I share with you the 17 Best Prata Stalls in Singapore that you may visit.

You may be sure it is top-notch because Mr. Mohgan has more than 30 years of experience creating this meal and curry from scratch. Except for the fact that it closes in the early afternoon, there are no complaints. To satisfy your hunger, stop by Mr. and Mrs. Mohgan’s Super Crispy Roti Prata. They specialize in serving very delicious roti prata that is crispy and golden. Their dalca and fish curry are the ideal complements to enhance the flavors. Hence, you must try the best prata Singapore that is available in this country.

Next, one of the spots for best prata Singapore which the people have been swarming to Sin Ming Roti Prata, which is well renowned for its circular roti prata. Enjoy their crispy prata, which is artistically shaped like a coin. In contrast to other restaurants, the brown dough is extremely fluffy in the middle and has crispiness that is somewhat reminiscent of croissants. It is hardly surprising that they are regarded as one of Singapore’s top roti prata restaurants.

Furthermore, one of the spots of best prata Singapore that available in this country that you can try. Your one-stop family restaurant for delectable Indian food is Springleaf Prata Place. They are Halal caterers who offer a variety of delicacies such as prata, thosai, noodles, murtabak, and set dinners. They also perform catering for all occasions. Come taste their renowned “Chicken Floss Prata” and many other delicious dishes right away!

Next, one of the best prata Singapore that offering many menus. Prata Wala is a quick-service, halal-certified Indian restaurant which delivers tasty, value-for-money Indian cuisine in a modern atmosphere. Indian classics from both North and South Indian cuisine are available on the menu. With four mall locations at Chinatown Point, Jurong Point, and Northpoint, as well as one food court booth at Coastal PlayGrove, Prata Wala has established itself in Singapore today.

Moreover, another place of best prata Singapore that available in this country. You may try to come to this place which serves prata. The prata that they have such as plaster prata, egg prata, egg onion prata, onion prata, double egg prata, cheese prata, mushroom prata, planta prata and many more. Other than that, this spot also offers other dishes such as murtabak, roti john, and others.

Besides, there are other spots or restaurants where you can get the best prata Singapore here. In this restaurant, you can seat both indoors and outdoors and you can choose based on your preferences. Hence, you can enjoy the prata that were freshly made here, and you can request to have it crispier if you want to. The prata usually be eaten with fish curry gravy here and not only prata, but they also have nasi goreng merah, briyani, kway teow goreng, and others.

Moreover, it the one of the best prata Singapore that you can try in this country. This is an Indian restaurant that serves varieties of the menu, not only prata. They have menus such as murtabak, thosai, uthappam & idiyappam, fried noodles, and many more that you can try. Not only dine in but you can also takeaway and delivery that were delivered by their delivery partner. For the prata, they have plain prata, egg prata, cheese prata, onion prata, mushroom prata, mushroom egg prata, strawberry prata, chocolate prata, banana prata, double egg prata, hotdog prata and many more that you can choose based on your preferences.

Moreover, another restaurant or spot that you can visit to have the best prata Singapore here. They are specializing in serving the best prata Singapore which they have been awarded the award of Singapore best food in 2017. Hence you can try to visit and try their foods, especially their prata. They do famous for their plain prata, but they also have varieties of prata such as egg prata, cheese prata, prata with onion & egg, and others that you can try.

Next, this restaurant also offers the best prata Singapore was designed to be a fusion of East and West flavors because our country is one of the most urbanized and globally integrated city-states. It started in Bedok and has now moved to River Valley. The restaurant has earned a reputation for serving authentic, high-quality, reasonably priced Singaporean, Thai, Indian, Western, and Mediterranean cuisine. Additionally, it has demonstrated a dedication to providing service all day, every day.

Next, one of the best prata Singapore that available here that you can try to visit. This restaurant was a stall that serve varieties of prata for their customer and most of the reviews loves to eat their prata here. Their review said that their prata was fresh, crispy, and be eaten with their curry. Other than the prata, they also serve the murtabak which consists of mutton murtabak, chicken murtabak, and sardines murtabak. But the most special here is that their prata is eaten with curry or dalca and sambal berlada. You should come here to try eating the prata with sambal berlada.

Next, another place that serves the best prata Singapore that you try can over here. Hence, for them, Indian cuisine is extraordinarily diverse and reflects the intricate interweaving of civilizations throughout history. It is influenced by factors such as geography, climate, and the availability of resources. This place is serving varieties of Indian cuisine that you order. They have a prata set, thosai, a western menu, briyani, murtabak, Thai cuisine, and many more.

Next, here they have more than 40 varieties of prata that will delight and pamper your diners’ taste senses. With the support of their patrons, they have earned various awards and honors and are rated as one of the best in Singapore. Since its humble beginnings, they have worked tirelessly to develop and improve. As a result, they now provide a full menu of well-known Indian curry meals at their restaurants as well as catering for events in your homes or places of business. They are the first catering company in Singapore to offer Prata on The Spot, which makes prata right at your door. So do not forget to try the best prata Singapore here.

With a new perspective and vigor, this restaurant reimagines the eating experience, emphasizing the quality of the ingredients and the preparation while maintaining its familiarity and authenticity. Each visit provides new flavors and a different kind of experience because of the inventive use of ingredients and their execution. Most dishes are meant to be shared, allowing guests to sample a range of fare.

No matter if you need a meal for breakfast, lunch, supper, or dinner, these restaurant eateries will satisfy your demands and make efforts to be open round-the-clock.  They also offer a variety of cuisines, including Thai Muslim food, regional dishes, Indian food, seafood, Western grill kinds, Mediterranean foods, and if you act quickly, their Malay Nasi padang dishes, which will be served immediately.

Next, another one of the places that serve the best prata Singapore available here that you can try. There are varieties of prata that you can try especially their specialty prata such as cheese plater prata, cheese mushroom prata, banana prata, cheese egg mushroom prata, and many more. Moreover, not only murtabak but they also have the other menu such as murtabak, roti john, fried menu, and others. You should come or order through their delivery partner.

Moreover, the restaurant that serves the best prata Singapore that available here. You may come to this restaurant to have your prata. Not only plain prata but they also have other flavors of prata such as milo prata, banana prata, tissue prata, chocolate prata, cheese prata, and many more that you can try. Other than that, they also have other menu than prata such as murtabak, thosai, briyani, roti john, and many more. And the best part is that they provide the delivery service for their customer.

Next, the stall the offering best prata Singapore that you can get over here with reasonable prices. They have varieties of prata such as plain prata, egg prata, onion egg prata, and others. They have a selection to eat with the prata such as the mutton curry and fish curry that you can choose here. Not only prata but they also have other dishes such as briyani, nasi padang, and others. For your information, they serve the nasi padang for only on Friday, Saturday, and Sunday.

Lastly, another place for you to get the best prata Singapore. They are offering varieties of prata which are firstly is categorize as the ordinary prata including plain prata, cheese prata, cheese egg prata, garlic prata, plaster prata, and others. Moreover, they have special prata including the double cheese prata, prata of double cheese onion, and others. Not only have prata but they also serve other dishes such as roti john, briyani rice, murtabak, vegetable dishes, and others. Furthermore, in this spot, they are offering a selection of curries such as mutton curry, chicken curry, and fish curry that you can choose to eat with your prata.

You may be interest to visit the other article if you,

[saswp_tiny_multiple_faq headline-0=”h2″ question-0=”What is good with prata?” answer-0=”For people who love to eat prata must have their own opinion on why they love to eat prata. The prata have varieties of flavors you can choose from or even gravy as well. The famous flavor that restaurants or stalls offer includes egg prata, plain prata, tissue prata, chocolate prata, milo prata, strawberry prata, and others. Moreover, the gravy that usually they are offering is fish curry mutton curry, and chicken curry. ” image-0=”” count=”1″ html=”true”]

[saswp_tiny_multiple_faq headline-0=”h2″ question-0=”Is prata is Singaporean?” answer-0=”Prata is one of the iconic foods in Singapore that people do not need to be Indian to love it. Hence, the prata itself is loved by many races. That is why the prata is being sold lots in Singapore because most people love to eat it. Since the prata now have been innovated into varieties of flavor and combined with varieties of gravy such as curry and dalca. ” image-0=”” count=”1″ html=”true”]

Summary of article based on review 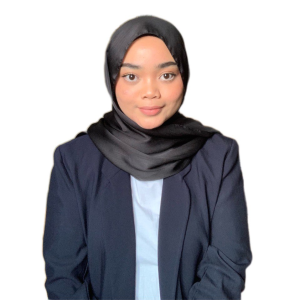 I love taking pictures and I love coffee. I would Coffee & Write all day long if i could!
Read All Posts Get a Job in Singapore for those from India – Full Guide The Most Common Singaporean Complaints that will shock you! 28 Restaurants at Marina Bay Sands for All Budgets 25 Hotels in Singapore for All Budgets